Battle in the Sudan: Relief of Atbara- Part 3`` 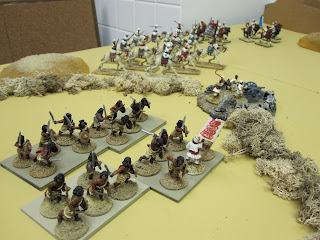 Some images of the Mahdist army gathering to resist the British landing....and capture the fort! (the Krupp guns are served by captured Egyptian crews) 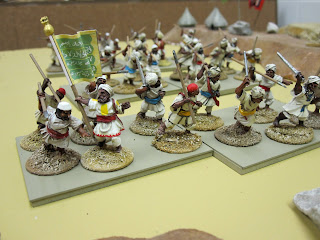 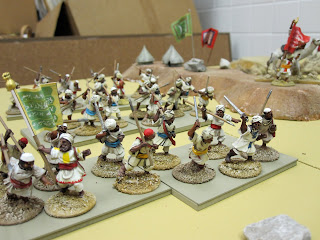 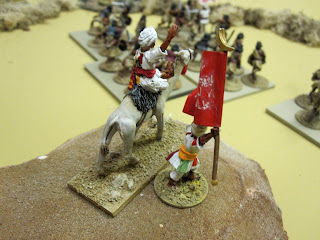 Mahdist CinC with his standard bearer 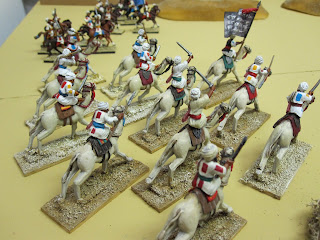 Camelmen and cavalry mass to the attack 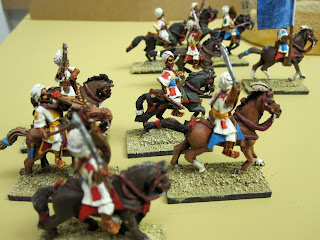 In this game the Mahdist infantry units of 10 figures will each be "recovered" once,.... essentially doubling the Dervish force.
Posted by littlejohn at 4:23 PM

Once again, everything looks great!

What rules are you going to use?

PS, I'm still hoping for dimensions on all of your river boats (they are fantastic)

They are fantastic looking figures. I love the camelry in particular!

I echo the previous comments but the unit for me is in that first picture, the Haddendowah.... lovely stuff....

I'll get those boat measurements up asap...that is the hardest part of getting them constructed because if you get things too small there's no room for figures and too large, no room for the boat on the table!

Steve, Yes I agree those Hadendowa are fun to do! ...and a quick job to paint.