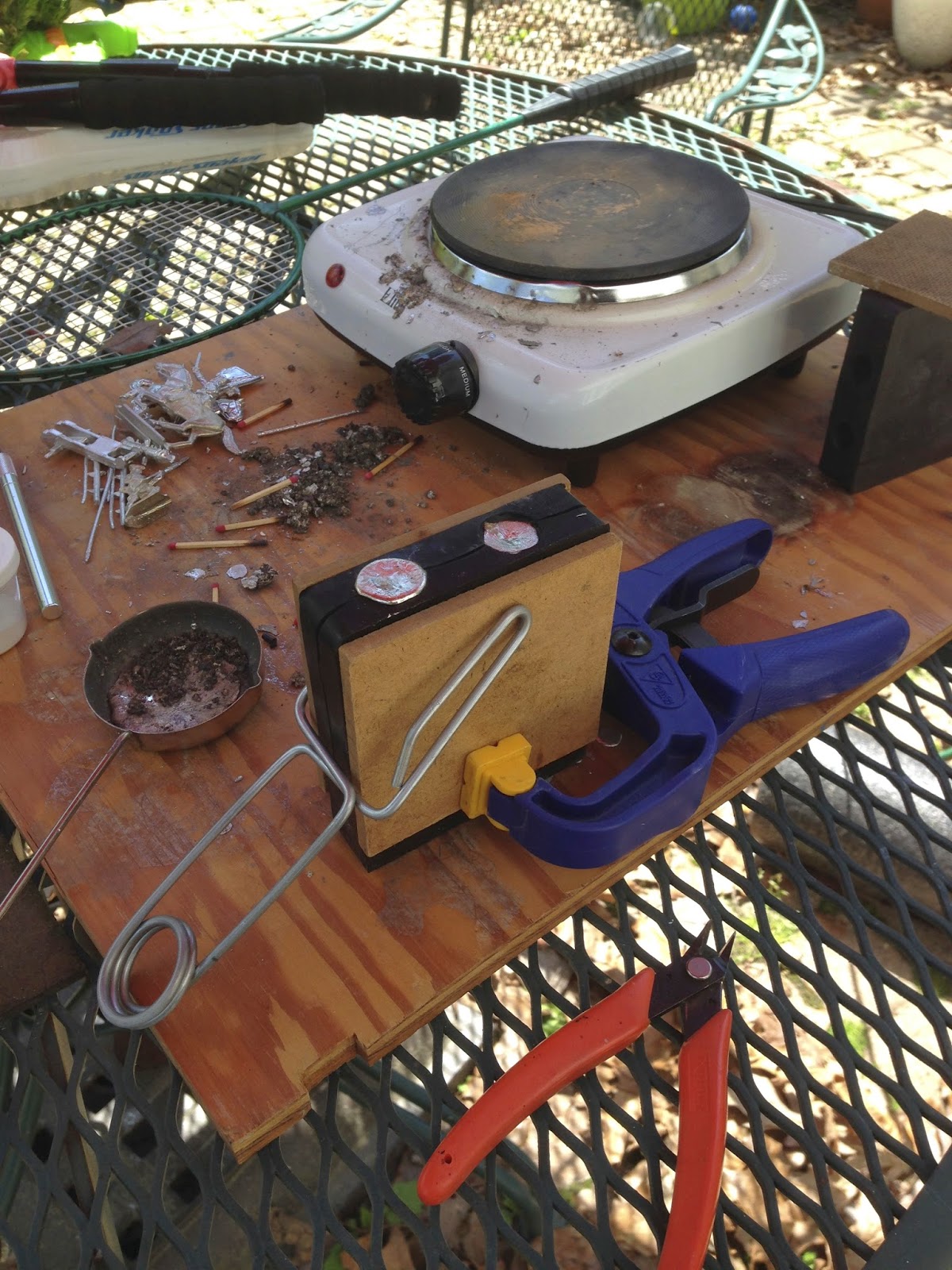 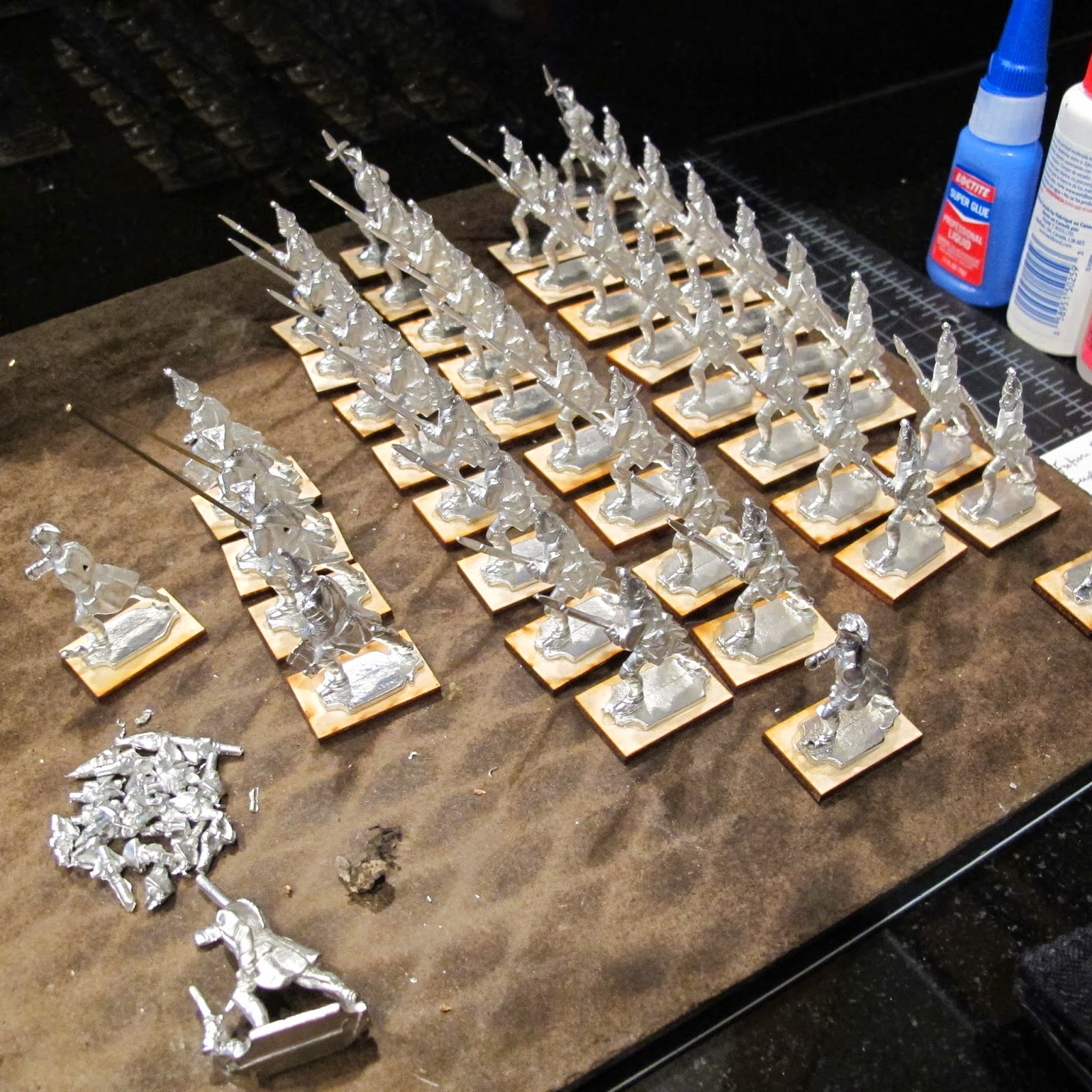 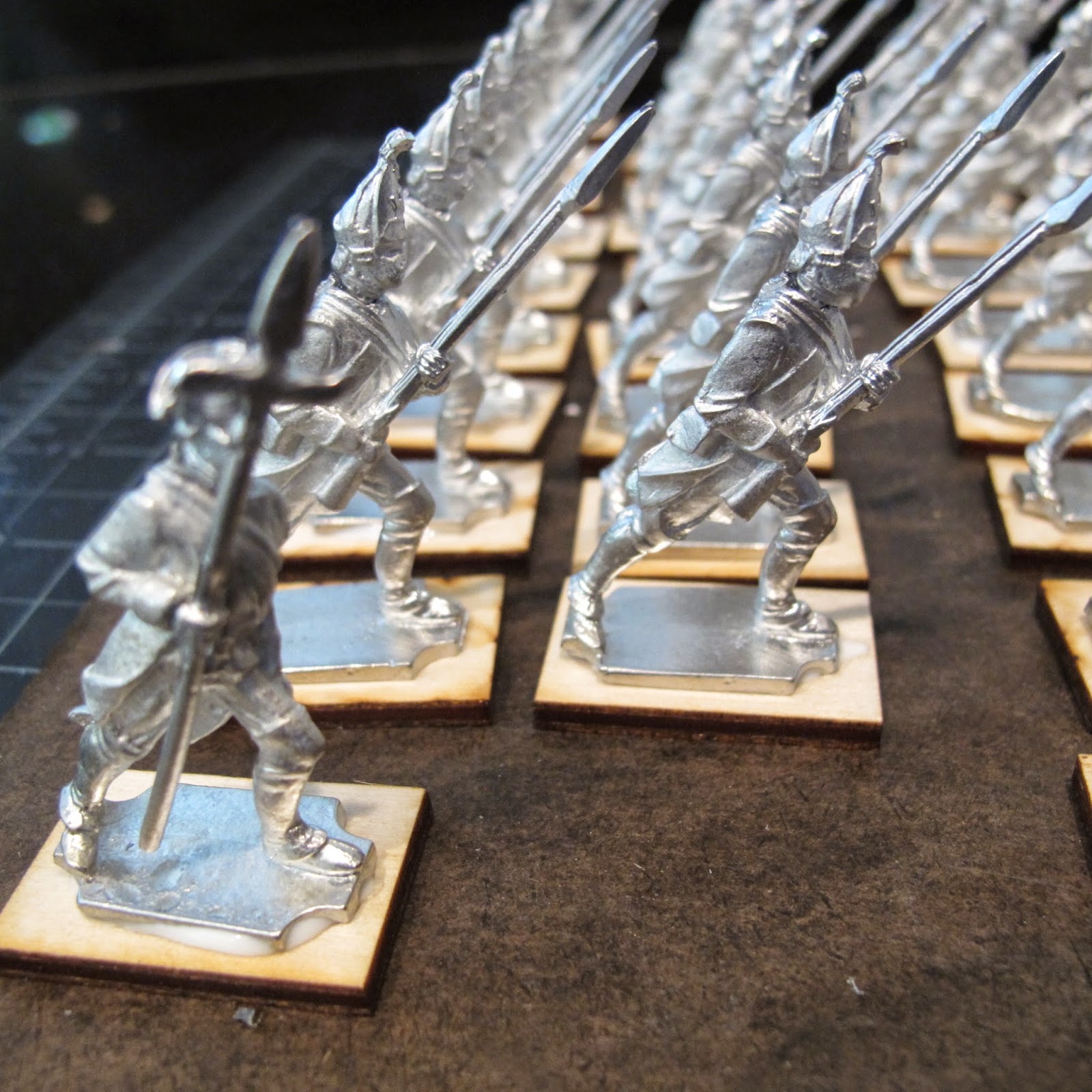 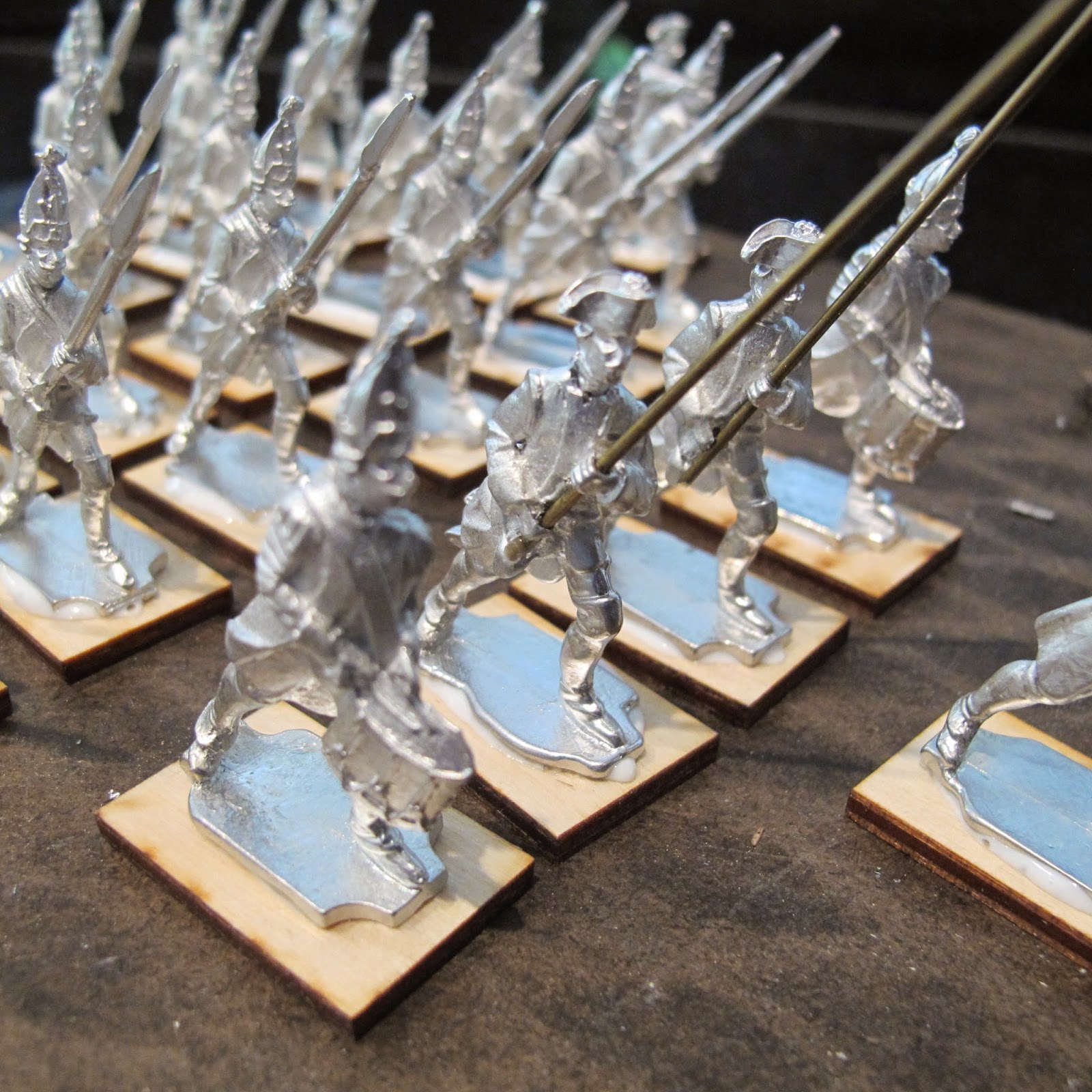 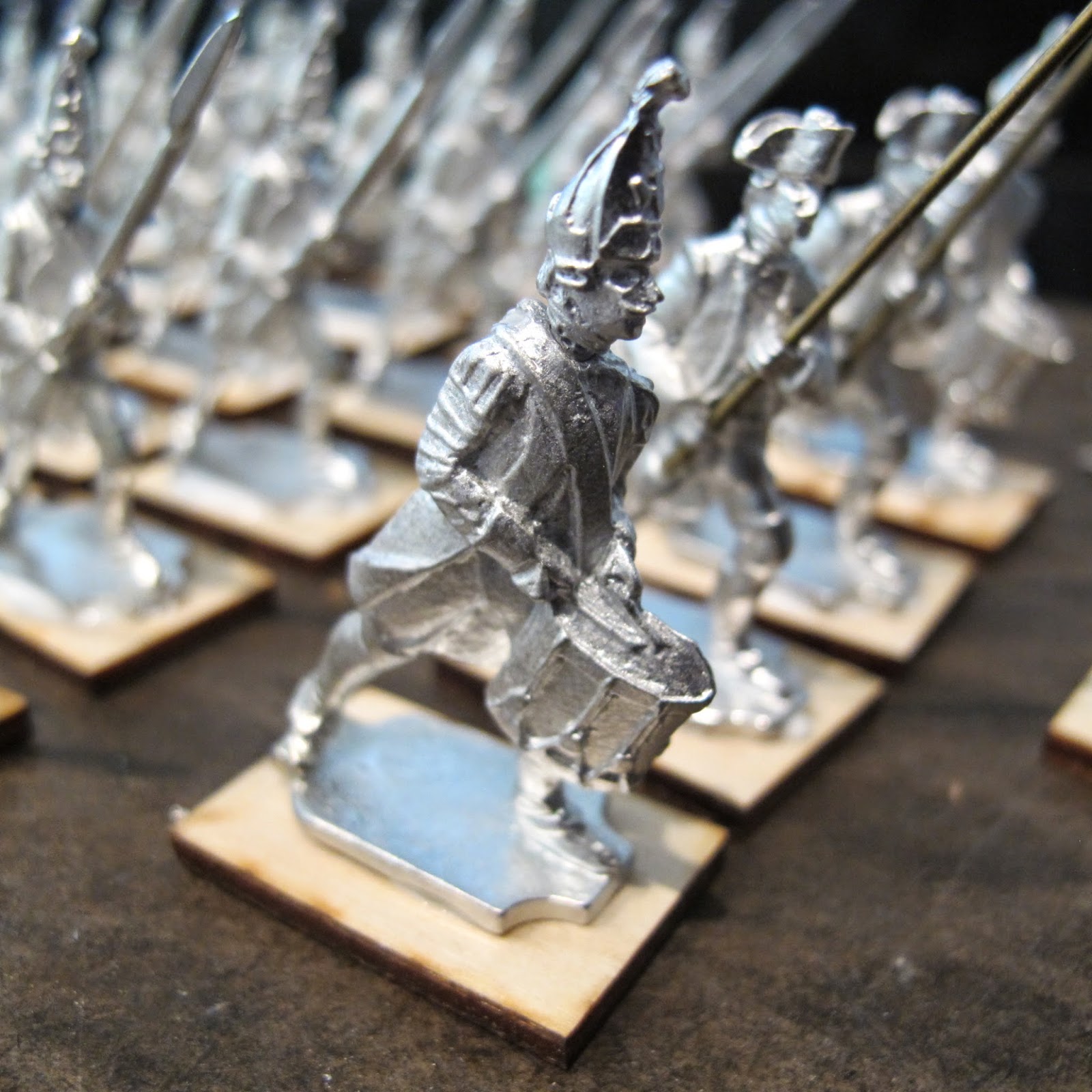 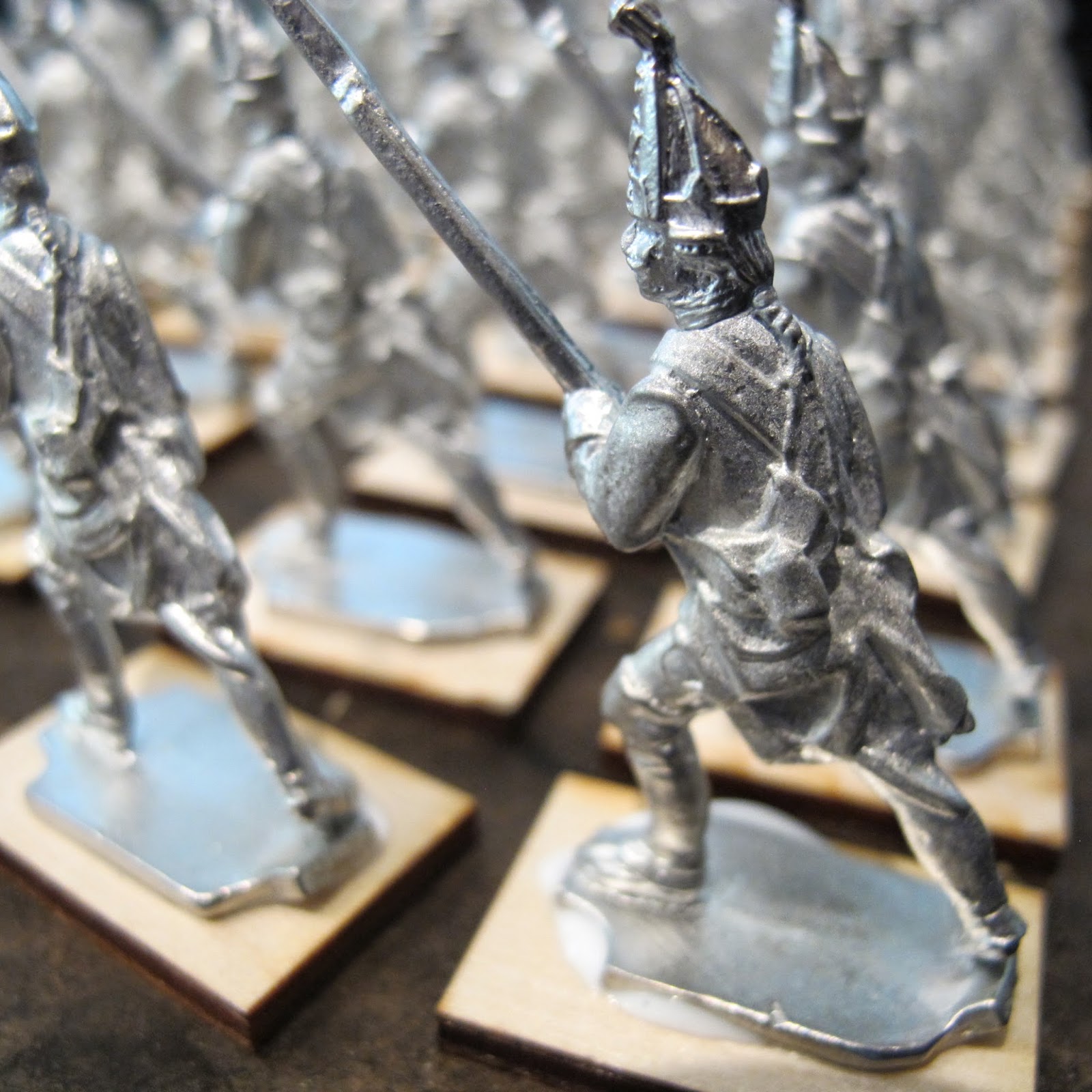 Cheers!
Posted by littlejohn at 7:50 AM

They look resplendent in their shiny newness. Eager to see them in their new, um, uniforms.

I look forward to watching the unit come together...

I've been having lots of problems with my blog accounts and to save my sanity have decided to restart my blog if you would like to 'refollow' me please use this link
http://tonystoysoldiers.blogspot.co.uk/
Cheers Tony

Great Blog! I like it a lot!
It is obvious that you've got experience with moulds. I've recently started myself, but I have several problems making them. Can youmaybe go to my own blog and look at my latest post where I show a picture of my failure.

I did some casting a few weeks ago. I bought the new molds when they had their big sale, but haven't had a chance to use them.
What metal do you use? I have been having mixed results with the metal I have on hand.

I dropped by specifically to let you know I nominated you for a Liebster Award, as part of my Liebster, here: http://cluckamok.blogspot.com/2014/06/not-leapster-liebster.html

This post also has the rules of acceptance. Carry on : )

A little late with this comment - better late than never?

After a lot of emails I finally made contact with PA's sculptor, and now am credited as part of the design team. In practice what I do is advise on what figures to make and in what poses.

The march attach pose was released last week, and it has a couple of fusilier heads in it (there was supposed to be one in with the two advancing figures)

Now an unashamed plug for my blog:

The blog is dedicated to trying to produce a range of figures for Lace Wars gamers, so let me have comments and I WILL try and take them on board.

I cast the heads and weapons in PA's posh model metal, and the bodies in scrap.

Just re-found your Blog after a long while and after reading a few posts I've made sure to bookmark it so I don't lose you again.
The 40mm figures are great and I love the paint job you have done on them.
Cheers.

How are you getting n with the new PA figures?

The range has now expanded a fair bit, and includes Austrians and Hungarians, with Russians to follow soon.

I'm trying to raise the profile of the range though my blog, as this brings in feedback, and helps PA sell a few figures (and so the range will grow).

If you don't mind I would appreciate you adding a link to my site to try and bring in more punters?

Extraordinary Work, thank you such a great amount for imparting such a helpful blog to us. Visit Ogen Infosystem for the best web designing and development services and also get digital marketing services.
Web Designing Company

Great blog, thank you so much for sharing with us. Get a custom mobile app development services at Appslure WebSolution by the professional ios app designers and developers and also get e-commerce app Services
App development company in mumbai

One of the best website designing company and website Development company in gurgaon who have much experience to design and develop everythings which you want. Visit our website :- http://www.kartikwebtechnology.com

I’m Артур Борис a resident/citizen of the Republic Of Russian. I’m 52 years of age, an entrepreneur/businessman. I once had difficulties in financing my project/business, if not for a good friend of mine who introduced me to Mr Benjamin Lee to get a loan worth $250,000 USD from his company. When i contacted them it took just five working days to get my loan process done and transferred to my account. Even with a bad credit history, they still offer their service to you. They also offer all kinds of loan such as business loans, home loans, personal loans, car loans. I don’t know how to thank them for what they have done for me but God will reward them according to his riches in glory. If you need an urgent financial assistance contact them today via email lfdsloans@outlook.com  WhatsApp information...+1-989-394-3740

Thanks for this wonderfull blog and information.I found this blog eventually. Really good inoperative, Thanks for the post and effort! Please keep sharing more such blog. Know about HP printer tech.

Thanks for the nice blog. It was very useful for me. I am happy I found this blog. Thank you for sharing with us, I too always learn something new from your post. Roku device comes up with few variants on the TV line up, such as Roku TV HD, and Roku TV 4K. For getting more information or opening a Roku account, check on Url Roku Com Link. The Roku device even comes up with some accessories like Roku TV voice remote, a 2GB microSD card.

Thank You for sharing your article, This is an interesting & informative blog. It is very useful for the promoter like me.
mcafee.com/activate

wonderful blog!!
Thank you so much for sharing this informative blog
best website company in Kolkata
https://www.gowebs.in/web-design-kolkata

amazing!!
Thank you from gowebs
website design in Howrah
https://www.gowebs.in/website-design-in-howrah

Nice info Thanks all information