The financial crisis continues to plague operations here at the Lead Gardens and forcing some deep cuts in force levels...
Please see my stuff for sale on ebay: click here for the link

I've got several units of 25/28mm Old Glory Colonials and some nice scratchbuilt gunboats on the auction block. 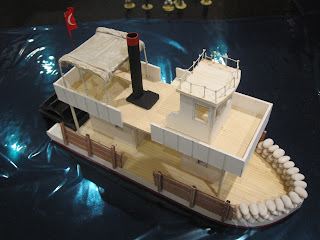 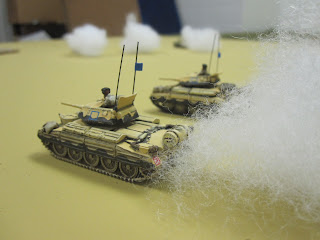 A few hours between classes and the close proximity of my game table a few blocks away combines to make a good lunch-hour series of games to take the edge off of normal work...

I've been recently interested in 15mm Flames of War "600 point games" as a way to both get in a quick game between classes and to study the rules in a deeper way by playing lots of games quickly...and besides I have the troops and they need a workout!

I played thorough a series of four battles this afternoon...each one taking only 30 minutes or so to complete. Because the games went by so quickly they became something of a set of small tactical problems and, as I find the Flames of War rules particularly well suited for desert war battles the entire set of games were a real blast. 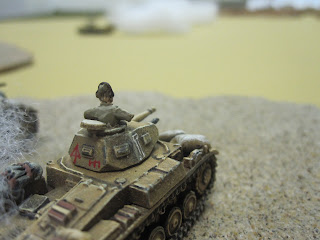 The games were based on the "Encounter" scenario in the FOW rulebook scaled down for a 600 point game on a 4x4' table. I played through the scenario four times and each time adjusting the losing side's set-up to try to get them a win.  The match up was a German tank battlegroup versus a British battlegroup both entirely tanks. The Brits could afford 3 troops of 3 plus an HQ of 2 tanks (Crusaders) and the Germans were working with a platoon of PZIIIs in various combinations of 5 plus 3 PZ IIs as a recon platoon....so essentially 11 Brit tanks versus 5 German (plus 3 light tanks). The forces would not appear all at once so each game had markedly different feel. One of the things that strikes you at this "small game" scale is that "Flames of War"  is a tightly balanced set of rules and interestingly at this point level, REALLY tense and unforgiving of tactical mistakes. 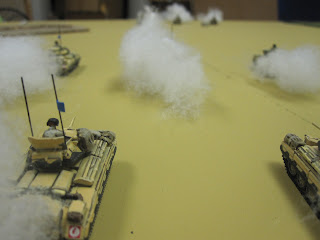 The first three games went to the Brits because the Germans being outnumbered and having to hold a platoon off table as delayed reinforcements made it really difficult to hold both of the victory objectives. In each the first three games the Brits were able to "charge"  towards an objective and hold it for a win and the Germans could never seem to hold them off despite superior tanks. Their lesser numbers made winning the game problematic. 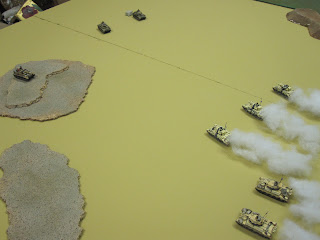 British Crusaders charge towards the objectives...in the distance the Germans are about to open fire. 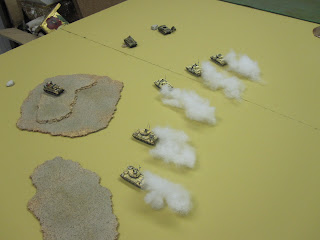 The German force was re-deployed in each game and the British force came on in the same way so I could experiment with the German deployment in each game. 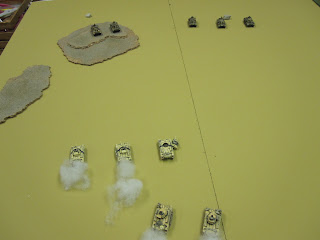 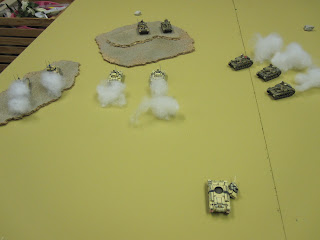 In the second and third game, the British tried to attack the left hand objective behind a low rise and despite a German flanking move still wound up winning by turn 4 by charging the objective 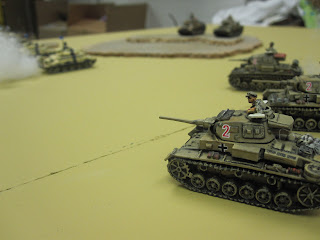 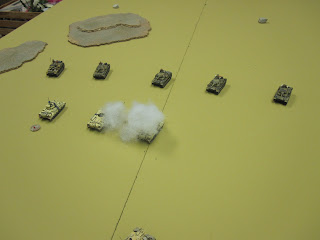 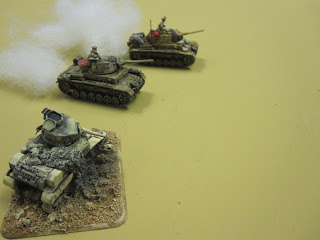 The Germans got their HQ and 2inC on to the objective while the 3 tank platoon engaged a platoon of reinforcing Crusaders... 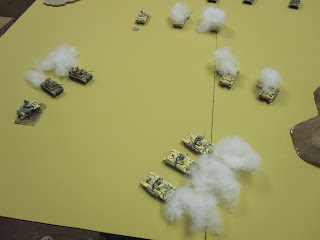 In FOW, the British have a special rule for their tanks ("Tally Ho") that gives them a slight advantage at close quarters so it tends to encourage them to charge in and mix it up with the Germans. In this final battle that resulted in a fierce contest to wrest the objective from the Germans. The game lasted 7 turns (by far a long one for a 600 point game...) Most of the last three turns were consumed by a swirling tank battle that saw both sides charging into the growing dust cloud around the objective. 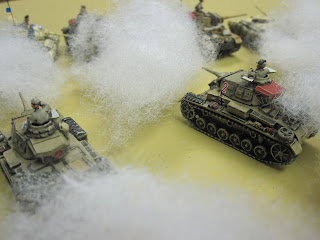 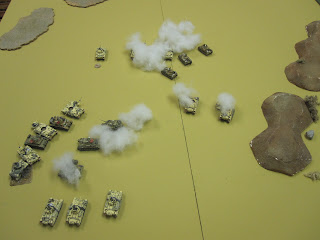 overview of the final moments of the fight as the last British troop of Crusaders arrives...
The Germans finally won the day against superior numbers by taking each British tank troop on individually as it entered the fray.. The other factor that made this final battle unusual is that both sides won their Company Morale rolls even after sustaining heavy losses so both sides slugged it out to the end. 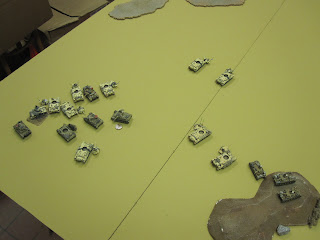 overview at the end of the battle (with the smoke and dust removed)
After this set of battles I got the bug to do a 4x4 table surface with more texture....but that's a project for another day.
Posted by littlejohn at 4:24 AM No comments: